How to Prevent Whistleblowing Complaints 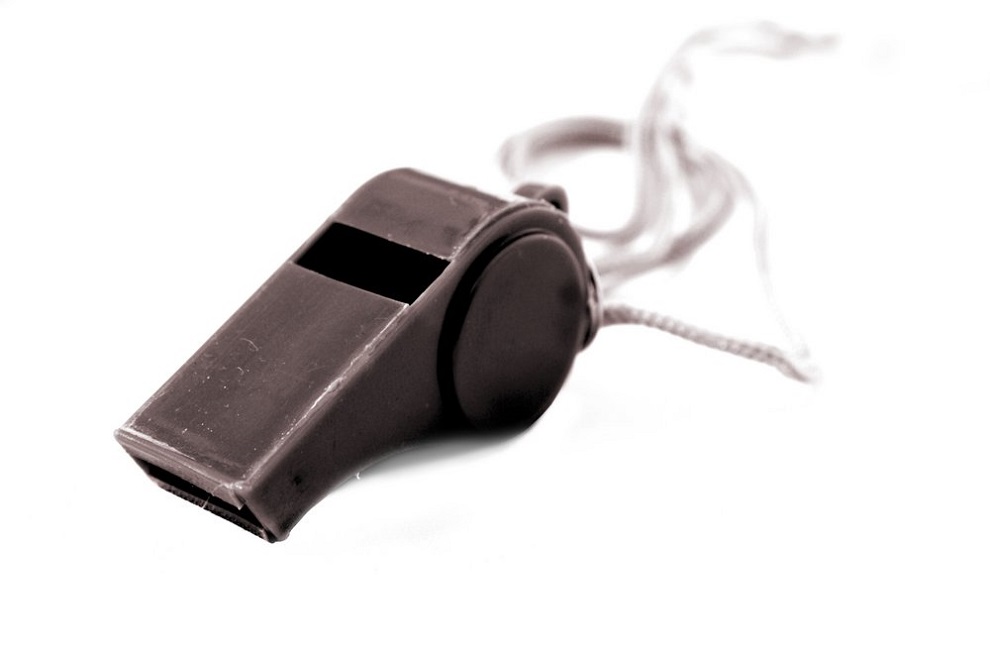 Healthcare practitioners who unlawfully retaliate against whistleblowing employees could face harsh penalties, even if the complaints made by the whistleblowers turn out to be untrue. The penalties may include having to reinstate the employees in their jobs, paying their back wages and benefits (and, in some cases, paying double the back pay), paying for their legal and expert witness fees, and paying compensation for their pain and suffering and emotional distress. Juries tend to be sympathetic to employees who are punished for reporting misconduct, and settlements and jury verdicts for retaliation against whistleblowers can be millions of dollars.

Unlawful retaliation for whistleblowing involves taking actions against an employee, such as firing, laying off, demoting, reducing hours or pay, or denying overtime or promotions because the employee engaged in whistleblowing activities that are legally protected.

Whistleblowers are employees who report information that they reasonably believe shows their employers are violating laws or regulations or causing a danger to employees or the public. The right of employees to make whistleblowing complaints is embedded in numerous federal and state laws, which specifically prohibit employers from retaliating against whistleblowers.

These laws are designed to encourage workers to take the risks involved in reporting dangers to public health and safety, gross mismanagement, and illegal activities.

The four biggest areas of whistleblowing complaints affecting healthcare and dental practices are:

The laws protecting whistleblowers and prohibiting employer retaliation are not found in any one specific place. Instead, they are a part of many federal, state, and local laws and regulations, including:

What is Retaliation in a Healthcare Whistleblowing Case?

Retaliation accounts for 43% of the complaints that employees file against employers. In the context of healthcare whistleblowers, retaliation occurs when the owner of a medical or dental practice, or a supervisor or manager employed by the practice, fires or takes some other adverse action against an employee because the employee engaged in whistleblower activities that they have a legal right to engage in.

How Do Whistleblowers Prove Their Employers Retaliated Against Them?

To be successful in a whistleblower retaliation claim, the employee needs to prove four things:

When is Whistleblowing a “Protected Activity”?

Whether an employee’s report or complaint is considered protected whistleblowing will depend on which particular law is being applied in the retaliation claim. In general, though, some behavior goes too far and is not legally protected. For example, if an employee gets into an argument with a supervisor about the practice’s alleged violations of the law, and the employee hits the supervisor, the employee would not be protected for that action.

What Level of Employer Knowledge of the Whistleblowing is Required?

The standard allowing remedies if the employer merely believed, without actual knowledge, that the employee was a whistleblower is vague. Employers should protect themselves from this type of claim by documenting all disciplinary actions and ensuring that the people investigating whistleblower complaints are not the ones making the decisions to terminate or otherwise discipline the employee.

What is an Adverse Employment Action?

There is less consistency among different courts on whether actions such as changes in work locations, negative evaluations, hostile remarks, and refusal to approve transfers are adverse employment actions.

In California, retaliation relating to the immigration status of the employee or employee’s family members may be considered an adverse employment action.

Adverse actions are often subtle. You should be aware of any actions that might be construed as adverse, and you should always document any disciplinary actions you take against an employee who has engaged in whistleblowing activities. 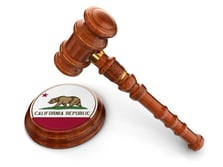 State laws may provide whistleblowing employees with even more protection than federal laws. California, in particular, has some of the most employee-friendly laws in the country, and their laws protecting whistleblowers have gotten even stronger in recent years.

California’s whistleblowing law is found in Labor Code Section 1102.5, which prohibits employers from retaliating against employees for reporting violations of laws, rules, and regulations or for refusing to participate in illegal activities. Employers who retaliate against whistleblowers may be ordered to reinstate whistleblowers in their jobs with back pay and benefits, pay the whistleblower’s actual damages, and/or pay a $10,000 civil penalty for each violation. In addition, as of January 1, 2021, a new law went into effect in California that awards attorneys fees to whistleblowers who bring a successful retaliation action against their employers.

In 2014, California’s whistleblower law was expanded to protect employees:

Fraud in dental and medical practices may be committed against patients, insurance companies, or the government. Fraud committed by the healthcare industry against government programs is huge, with the Department of Justice recovering billions of dollars every year from healthcare providers in fraudulent Medicare, Medicaid, and other government claims. Much of this medical billing fraud is uncovered by whistleblowers reporting under the False Claims Act, which provides substantial financial incentives for whistleblowing -- the government gives a percentage of its recovery to the whistleblowers who reported it. In addition to the federal False Claims Act, some states have their own laws that are similar.

Common types of fraud in medical and dental billing practices include:

The best way to deal with whistleblower complaints is to prevent them from arising in the first place. You should strive to create an atmosphere in your practice where employees feel free to come forward with complaints without being afraid they will be the target of retaliation.

Steps to take include:

Demonstrate you are committed to preventing retaliation.

Have a designated person who is responsible for creating and enforcing policies supporting the right of employees to make complaints.

You want to be able to show that you took complaints seriously.

Include whistleblowing as a topic in training programs for employees and supervisors.

Training for all employees should emphasize that the practice is committed to:

Employees should also be trained on the relevant laws, their rights and obligations, including their right to be protected from retaliation, and how and where to report misconduct.

Training for supervisors and managers should provide an understanding of:

Encourage employees to speak up.

Make sure that employees know they should speak up if they have any concerns about potential wrongdoing in the practice. Tell them they have the choice to report their concerns internally or externally and that they will not be penalized because of which one they choose. Create clear channels of communication that employees can use to report wrongdoing internally. Employees should have a way to report a supervisor’s retaliation to someone other than that supervisor.

Provide information on how they can contact a government agency, such as OSHA or, in California, the state Attorney General’s whistleblower hotline. Also, provide ways for employees to report their concerns informally internally early on before the problems become more difficult to resolve.

Have an objective process for evaluating employee complaints.

As tempting as it may be to defend yourself and your practice against the complaint, don’t do it. Instead, evaluate the claim objectively. Suspend judgment until you have heard from all sides. Keep an open mind -- don’t let preconceived ideas get in the way of finding out what really happened.

Inform all employees in writing that the policy of the practice is:

Make sure that your whistleblowing policies and procedures are kept up to date and reflect changes in the relevant laws and regulations. Ideally, you should have an employee manual where these policies can be included.

Listen to and treat all complaints seriously. Even if you think the complaint is incorrect or trivial, you should always follow through on the complaint and always ensure the employee’s rights are protected.

Respond quickly to all complaints.

Delays in responding to complaints may discourage employees from making complaints in the future.

If an employee makes a complaint to you or to a supervisor or manager, the response should include asking open-ended questions that will seek more information about the complaint in a non-judgmental way.

Document communications with the whistleblower.

If an employee makes a complaint internally to a supervisor and is satisfied with the resolution or otherwise decides not to go ahead with any further action, the supervisor should document what was discussed and how the employee’s concerns were handled.  This will provide evidence the complaint was taken seriously.

Follow-up with the employee.

By following up with the employee to make sure their concerns were resolved, you show that you are taking the complaint seriously and not ignoring it. Also follow up to ensure that no retaliation has occurred.

Employers should protect the confidentiality of employees as much as possible. At the same time, they should not use it as an excuse to prevent resolving the claim.

Keep supervisors accountable for how they handle whistleblowing complaints.

Include evaluations of how they handle employee complaints in supervisor’s performance reviews. Apply consequences that are strong enough to be a deterrent if a supervisor retaliates against a whistleblower or violates the whistleblower’s confidentiality.

Get a Plan to Prevent Whistleblower Complaints

Whistleblower law is complex. There are federal, state, and local laws to keep track of, and rules and regulations from numerous federal and state agencies. The consequences can be severe if you don’t have a good plan to prevent and respond to whistleblower complaints and to ensure your supervisors don’t retaliate against employees who file internal or external complaints.

At Dental and Medical Counsel, our focus is exclusively on the legal needs of doctors, dentists, veterinarians, optometrists, and other healthcare providers. We can help you:

If you do find yourself facing a claim of retaliation for whistleblowing, we can defend you in administrative hearings or in court. Contact us to set up a free consultation with attorney Ali Oromchian to find out more about what we can do to help you protect your practice from costly retaliation claims.