How to Reduce Your Risk of a Sexual Harassment Claim 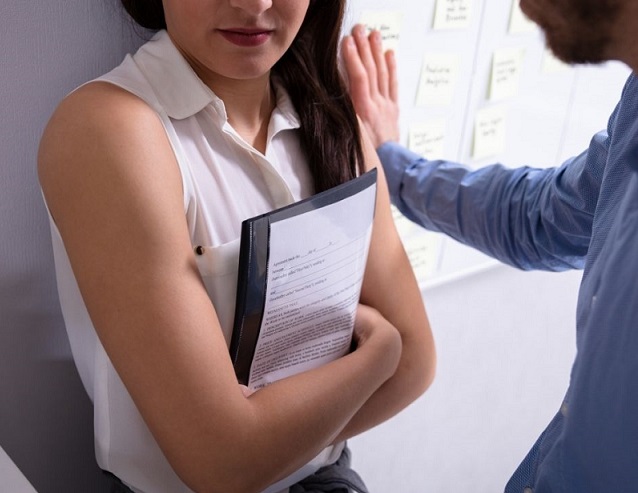 Sexual harassment claims can also hurt your practice in other ways. They can lower employee morale and damage your reputation in the community, potentially affecting your ability to retain and attract patients. For all these reasons, it’s far better to prevent sexual harassment claims from arising in the first place rather than trying to deal with them after they’ve been filed.

See below for more detail on the steps you can take to reduce your risk of facing a harassment claim or lawsuit.

It’s also important that you be aware of the laws in your state and city, which may be different from the laws in other states and cities and can be significantly stricter than federal sexual harassment law. For example, in California, it’s not just good practice to provide sexual harassment training to your employees -- it’s also a requirement of California law.

What is Sexual Harassment in the Workplace?

Sexual harassment is considered a form of sex discrimination.

Who can bring a claim of sexual harassment? Who can the claim be brought against?

What behaviors may be unlawful harassment?

Harassing behaviors include unwelcome sexual advances, requests for sexual favors, remarks or physical harassment of a sexual nature, and offensive remarks that are not sexual but are about a person’s gender.

Are these behaviors always unlawful?

Under federal laws on sexual harassment (which are part of Title VII of the Civil Rights Act of 1964), remarks of a sexual nature and other behaviors are not always illegal. Isolated incidents that aren’t very serious, light teasing, and offhand comments may not rise to the level of unlawful harassment. Federal law recognizes two types of sexual harassment: quid pro quo and hostile work environment.

Quid pro quo is when a harasser offers to give the victim some benefit of employment, such as a promotion or a raise, in exchange for a sexual favor, or threatens an adverse employment action, such as firing or demoting the victim, if the victim rejects the harasser’s sexual advances.

States may have different standards than the federal government. The bar may be set lower in some states, making certain types of behavior illegal under state law that would not be illegal under federal law. For this reason, it is a good idea to consult an employment attorney who is experienced in both federal law and the laws of your state to help you set up the correct workplace procedures, or to review existing procedures to make sure you are in compliance with all the applicable laws and regulations.

Have clear policies on sexual harassment and make sure your employees are aware of them and understand them.

You should create and distribute clear policies to your employees that define sexual harassment and:

Make sure your employees know about your sexual harassment policies by:

Create and nurture a zero-tolerance culture.

In addition to providing a clear sexual harassment policy, you should also go further by striving to make the zero-tolerance policy an integral part of the culture of your practice.

Be aware of what is going on in your workplace.

Talk to your employees and supervisors about their work environment. Keep an eye out for offensive language or other offensive material.

Train your supervisors and other employees on your sexual harassment policies at least once a year.

Train all your employees on harassment policies.

Providing annual sexual harassment training to employees is an important step to take both to reduce the risks of sexual harassment claims and to provide a defense if you are facing a claim or lawsuit. In some states, you are also legally required to provide training. California is one of those states.

In the last several years, California has amended and revised its laws on sexual harassment training several times.

Have an effective complaint or grievance procedure, and make sure employees know how to use it.

Instead of discouraging employees from making complaints internally about sexual harassment, you should encourage them to do so and provide clear complaint procedures. You will gain two benefits:

Make sure your supervisors know they should not retaliate in any way.

It is illegal to retaliate against employees who assert their legally protected right to file sexual harassment complaints. Retaliation can take many forms, including firing, not promoting, negative performance reviews, unwanted shift changes, and denial of overtime. Make sure that your supervisors and managers understand that not only can’t they take specific adverse employment actions in retaliation for an employee reporting harassment, but they also shouldn’t gossip about the complaints, tease the employee for making them, or otherwise make working conditions difficult for the complainant.

Keep complaints confidential to the extent that you can.

If the investigator concludes that sexual harassment has taken place, then you should take prompt action that will end the harassment and prevent it from happening again. That may mean firing the harasser but, depending on the circumstances, there may be other options.

Learn from what happened and use what you learned to improve.

After the complaint or lawsuit has been resolved, examine the circumstances that led to the complaint being filed in the first place. Were there problems with your policies, training, or the way you hired employees? By identifying the weak spots in your procedures, you can take steps that will reduce your risk of sexual harassment claims in the future.

In California, employers are allowed to have no-dating policies that prohibit relationships between two employees when one is the supervisor of the other.

Some of the California and federal penalties for sexual harassment violations are the same, but in some cases, California imposes greater penalties.

California also requires that employers create written harassment policies that meet a number of specific criteria. If you have a medical, dental, optometry, or veterinary practice, the employment lawyers at Dental & Medical Counsel can help ensure that your policies are up to date and in full compliance with current laws. We can review your existing policies and help you fill in any gaps to make sure that you have taken all the steps necessary to reduce your chances of facing an expensive and lengthy sexual harassment claim that could put your practice at risk.

Contact Dental & Medical Counsel at 925-999-8200 or by submitting a contact us form to schedule a complimentary consultation with employment attorney Ali Oromchian.