Non-Compete vs Non-Solicitation: Why Doctors Should Know the Difference 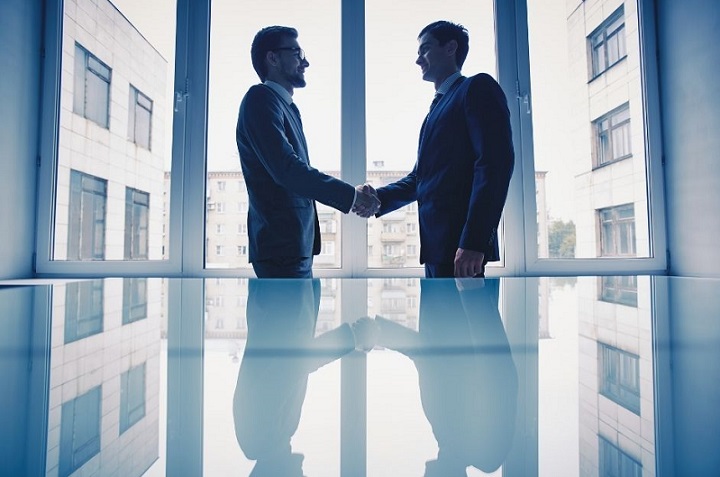 In many states, dentists, optometrists, and veterinarians may use non-compete and non-solicitation agreements to prevent their professional employees/associates from taking the practice’s patients/clients with them when they leave their employer’s practice to work at another practice or to establish their own. These clauses may also be used in business contracts. When used in asset purchase agreements, the goal is to protect the buyer of a practice from competition from the seller.

Both non-compete and non-solicitation agreements are types of restrictive covenants, but they have important differences. The non-compete agreement is the more restrictive of the two. It prohibits departing employees from practicing their profession in a specified geographical area (often expressed as a radius around their former employer's practice) for a specified period of time.

Non-compete and non-solicitation agreements have obvious advantages for employers. They prevent the departing employee from “stealing” the employer’s clients and help shield the employer from competition.

For departing employees, though, these agreements can limit their ability to practice their profession. For that reason, courts often find the agreements unenforceable. If an employee challenges the legality of the agreement in court, the court may declare that the agreement is invalid.

If you want to include either of these agreements in an employment or business contract, you should consult with an experienced attorney to ensure the agreements are valid and legally enforceable in your state and to avoid potentially expensive and time-consuming disputes in the future.

Differences in Enforcement Between Non-Compete and Non-Solicitation Agreements

Differences in Enforcement Between California and Most Other States

California has a strong public policy against limiting the ability of employees to practice their professions. As a result, the state takes a harsher view of both non-compete and non-solicitation agreements than most other states. In California, non-compete agreements restraining employees are banned outright. In many other states, these agreements are allowed as long as they are reasonable.

An exception to the California rule prohibiting non-compete clauses is that these clauses are permitted in asset purchase agreements.

California dentists, optometrists, and veterinarians should be very careful about including any of these clauses in their agreements and should consult an attorney to make sure the clauses are valid and enforceable.

This statute states that “every contract by which anyone is restrained from engaging in a lawful profession … is to that extent void.” Subsequent code sections carve out a few narrow exceptions, which include the sale of a medical or other professional practice. However, as far as employment contracts go, Section 16600 makes most restrictive covenants in California unenforceable.

In addition to the statutes governing restrictive employment covenants, there is also case law in California that reinforces the policy against non-compete covenants. For example, the 2008 case Edwards v Arthur Andersen hinged on whether restrictive covenants were subject to a reasonableness test.

The California Supreme Court held that they were not and found that the non-compete and non-solicitation agreements in the case were not enforceable.

No Exception for Narrow Restraint

The same case also addressed the question of whether restrictive employment covenants should be allowed under Section 16600 if the restraints in the covenants were narrow and reasonable. Again, the California Supreme Court came down on the side of protecting the right of employees to practice their professions, and the Court rejected the idea that there was a narrow-restraint exception to Section 16600.

Here’s an example of how this might work in a state that, unlike California, applies a reasonableness test:

Say a dentist has a practice in a densely populated city, where most of her patients live within a couple of miles of her dental office. If the dentist has a non-compete clause in an associate’s employment agreement that prohibits the associate from practicing within a 25-mile radius of her office if he leaves the practice, the courts may find that restriction unreasonable. While a 25-mile restriction might be reasonable in a rural setting, in this case, the departing employee could set up a practice 15 miles away from his previous employer and still not be poaching on his previous employer’s patients, most of whom live much closer to the employer’s office.

To prevent this kind of problem, the dentist should have consulted with an attorney before preparing the employment agreement to avoid including contract clauses that courts would be likely to strike down.

Here’s another example involving a 25-mile-radius restriction, but this time from the employee/associate’s point of view:

Say a young doctor was employed for several years by a practice in an area less densely populated than the one in the previous example. After gaining experience, he wants to open his own practice near his home, which is 10 miles away from his employer’s office.

However, the 25-mile-radius restriction in his employment agreement prohibits him from establishing his practice in his desired location. This leaves him with several options, none of which are particularly good. He can challenge the provision in court. He might win, and the court may hold that the clause is unenforceable, but that outcome is not certain, and he doesn’t relish the time, cost, and conflict involved in litigation. He can set up his practice outside the 25-mile radius, but he would have to move to a new home or deal with a longer commute than he wanted. He can try to pay his former employer a fee to renegotiate the terms of the non-compete clause, but that can be costly.

At this point, the employee is stuck with these bad options. What he should have done is paid more attention to negotiating the terms back when he was first being hired. At that time, the employee and the employer could have discussed the issues and reached an agreement that was satisfactory to both. If the employee had an attorney review the employment contract before signing, the attorney could have spotted potential problems and helped the employee avoid future disputes.

Although non-compete agreements in asset purchase agreements are not totally prohibited, as they are in California employment agreements, they are not always enforceable either. They are subject to a reasonableness test. A court may deem them invalid if the time and geographic restrictions are too broad or if the restrictions are harmful to the public. For example, if a non-compete agreement between doctors would reduce the medical services available in an area that is already underserved, a court may not uphold it.

Whether you are an employer, an associate, a buyer of a professional practice, or a seller, having an experienced attorney draft or review your employment agreements or asset purchase agreements can prevent a lot of problems down the road. If you try to do it on your own, it’s easy to overlook issues with restrictive covenants that could later end up in court and/or destroy the relationship between the professionals involved. Not only does the law treat non-compete and non-solicitation clauses differently, but the laws on both types of restrictive covenants will also differ depending on the state where your practice is located.

At Dental & Medical Counsel, we work exclusively with dentists, physicians, optometrists, and veterinarians. Call us at 925-999-8200 or fill out our contact form for a free consultation with Ali Oromchian.