What Are Your Options for Dispute Resolution? 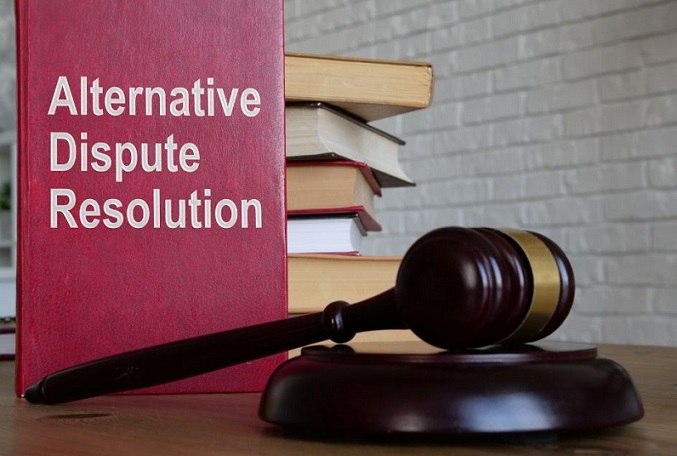 When two or more parties have a disagreement, whether businesses or individuals, one of them often races to the courthouse to file a lawsuit. Thus begins a long, involved, expensive, and tedious court fight through traditional litigation methods. That is no longer the only approach to resolving disputes between landlord and tenant, patient and doctor, employee and employer or partners.

Alternative dispute resolutions (ADRs) offer ways to resolve disagreements without court intervention. The main choices of ADRs are mediation, non-binding arbitration, binding arbitration, and settlement conferences. If ADRs fail, then it is time to proceed to traditional litigation.

Advantages to an Alternative Dispute Resolution

General benefits of an ADR include:

CAUTION: If you begin your ADR method before filing your lawsuit, pay attention to the statute of limitations. Do not let it expire while you are working on resolving the case outside of court. You may want to file your lawsuit even if you think you will resolve the issue outside the courtroom. You can dismiss the case if you come to a settlement through your ADR method.

Mediation can occur before a party files a lawsuit in court. Often, after the lawsuit is filed and served on the other party, and the other party has responded, a court orders the parties to mediation to see if they can resolve their dispute outside of court intervention.

A neutral third party, a professional mediator, is then selected by the parties. Courts generally provide the parties with a list of approved mediators. The list may include retired judges or lawyers with expertise in the subject matter of the dispute.

The mediator’s role is to guide the parties and help them understand each other’s position. The mediator does not take sides but encourages the parties to explore their interests and that of the other party as they try to find common ground. The mediator listens to each one and helps them come to a mutually acceptable solution.

The mediator listens to the positions of each party and guides them to a discussion of the dispute and possible solutions. The goal is for them to each see the other’s point of view and come to a mutually acceptable solution on their own.

The mediator makes no decisions in the case. The control of the outcome of mediation is left totally in the hands of the two opposing parties.

If the parties come to an agreement, they may put their final agreement in writing and submit it to the court for court approval. It then becomes the court’s final order. If they are unable to agree, they proceed to traditional litigation.

The mediation process is intended to be confidential among those involved. This means that, with some exceptions, a mediator may not be called as a witness if the case proceeds to trial.

A major benefit to a successful mediation is that the parties are generally happier with the solution and more likely to comply with the agreement since they hammered it out themselves. It is a good method to use when the parties have a disagreement but have a relationship they want to preserve.

In arbitration, the parties agree to have their case heard by a neutral party. They agree on who that person will be. As in mediation, the court may have a list of approved arbitrators who have expertise in the subject matter of the dispute.

At times, the parties may opt to have a panel of arbitrators. In this approach, each party chooses an arbitrator. Then, the two chosen arbitrators together choose a third.

The parties agree upon their own set of rules for the arbitration process. They must put in writing whether arbitration shall be binding or nonbinding.

Whether binding or nonbinding, the cost of arbitration is generally far less than that of traditional litigation. It works well for disputes involving business and employment contracts, employment law, partnerships, or landlord disputes.

Some local rules of court require the parties who are involved in a lawsuit to participate in a settlement conference. The parties choose a neutral evaluator, generally from a list provided by the court, who is an expert in the subject matter of the dispute. These people are often retired judges, magistrates, or other attorneys.

The evaluator listens to each party summarize their argument and evidence. The evaluator then provides them with an overall opinion of the strengths and weaknesses of each side and gives suggestions about how the dispute could and should be resolved.

Evaluators' suggestions are not binding but are helpful in guiding the parties to a settlement of their dispute among themselves without a court trial.

When no alternative dispute resolution method has worked, the parties have no choice but to proceed to traditional litigation. This involves the plaintiff, who is the one who initiates the lawsuit, fighting in court with the defendant, the one who is being sued.

The parties engage in discovery, sending each other interrogatories and scheduling depositions. All along the way during the process, the attorneys will try to work with the parties to settle their dispute. When there is no settlement, the case proceeds to trial, and a decision is made by either a judge or jury. The losing party can appeal an adverse decision to a higher court. The process from start to finish often takes years.

Although there is generally a clear winner and a clear loser in traditional litigation, it is not always a fair proceeding and often, the disadvantages of being the potential loser outweigh the advantages of being the potential winner. It is stressful for all parties and the time it takes and money it costs can disadvantage a business even if the business owner is the eventual winner.

If you are a dentist, physician, optometrist, or veterinarian and are involved in a legal dispute with a person or business, you may feel helpless and overwhelmed. You need resolution but are hesitant to start down the litigation pathway. At Dental & Medical Counsel, we offer a complimentary consultation with attorney Ali Oromchian and can discuss with you your options. Contact us as soon as possible to get started.