What is Indemnification and How Does It Apply to Healthcare Practices? 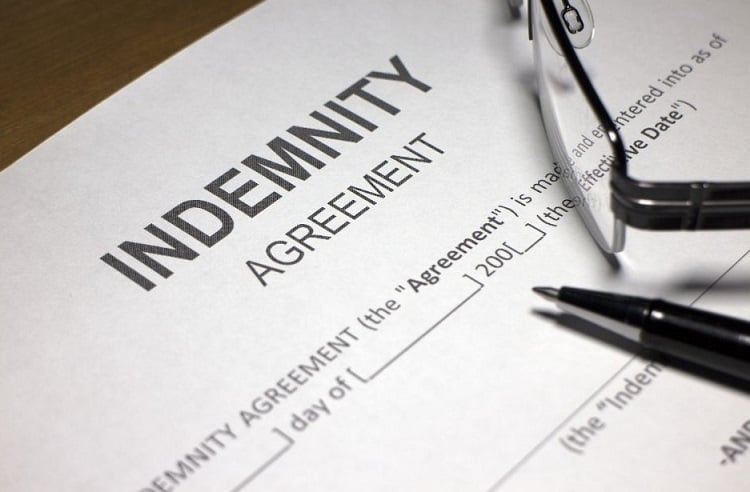 What Is an Indemnification Clause?

How Are Indemnification Clauses Used in the Healthcare Industry?

An indemnification clause may be found in a variety of settings within the healthcare industry. Common examples of situations in which you may encounter one of these clauses include:

The Problem with Indemnification Clauses

A well-written and narrowly tailored indemnification clause can provide essential protection for healthcare providers.  Unfortunately, many indemnification clauses are not so narrowly tailored. Instead, they typically include language that provides broad protection from liability for the contracting entity.  For instance, as a healthcare professional you might be obligated to indemnify against “any and all loss, damage, cost, and expense that is in any way related to the performance or failure to perform the services, responsibilities, and duties agreed to in the contract.” Not only would that language expose you to extremely broad liability, but it may also require you to cover the costs associated with defending a lawsuit, including attorney fees.

The problem is that almost anything could be included in language as broad as “any way related.” By way of illustration, imagine that you are working as a physician in the emergency room of a hospital. If you intervene in an altercation between a combative patient and a security guard, and the patient later sues the hospital for injuries, you could be required to indemnify the hospital because it was “related to” your performance as a physician. You could personally end up being liable for the damages and costs related to the lawsuit even though you were trying to prevent further injuries to patients and staff.

Likewise, in an employment agreement between a veterinarian and an emergency animal hospital, a veterinarian might be required to provide indemnification for legal issues unrelated to malpractice, including violations of state/federal regulations, tax-related problems, and employee lawsuits that arise while you are employed there.

Making matters worse is the fact that any personal liability insurance you have may not cover you if there is an existing indemnification clause. Insurance policies commonly include a provision that excludes any liability that an insured has assumed as part of a contract or agreement. As such, your insurance provider may be off the hook, leaving you personally liable.

To make the existence of an indemnification clause appear less alarming to a practitioner the contract will often include mutual indemnification clauses. These make it appear as though both parties to the contract are agreeing to indemnify the other party. Legally, a mutual indemnification clause does have that effect; however, in practical terms, the protection offered to the parties is not usually equal. For instance, when an injured party files a negligence lawsuit, primary negligence is almost always alleged against the individual healthcare professional with only vicarious negligence alleged against a practice, hospital, or other umbrella entity. It is rare for a lawsuit to be framed the other way around, with the entity named as the prime target and an individual as vicariously negligent. Therefore, the practical nature of negligence lawsuits makes the concept of mutual indemnification somewhat of an illusion.

By the same token, mutual indemnification clauses in other contracts, including asset protection, partnership, and employment agreements, can be more one-sided than they appear at first glance. In an asset purchase agreement, for example, you may find a mutual indemnification clause that purports to hold both the seller and purchaser harmless for losses or damages that occur after the asset transfer is complete. In practice, that mutual indemnification may be less meaningful if the seller dissolves after the sale because the purchaser is the party depending on the value and profits earned in the ongoing business. As such, the purchaser may have much more to lose.

Including an indemnification clause in a healthcare practice contract is not altogether unreasonable; however, when asked to sign a contract that includes one of these clauses it is crucial that you understand under what conditions and to what extent you could be held personally or professionally liable for losses, damages, or costs before agreeing to sign the contract.

Review your personal insurance policies to determine if you are covered. If your policy does include an exclusion for indemnification, consider adding additional coverage if available. If additional coverage is not available, be aware that entering into a contract with an indemnification clause opens you up to personal liability for which you have no insurance coverage.

Given the potential liability you could be exposed to by agreeing to execute a contract that includes an indemnification clause, always have an experienced attorney review the underlying contract before agreeing to the terms.

If you need help reviewing an agreement or have questions regarding indemnification, contact Dental & Medical Counsel to schedule a complimentary consultation with healthcare attorney Ali Oromchian.